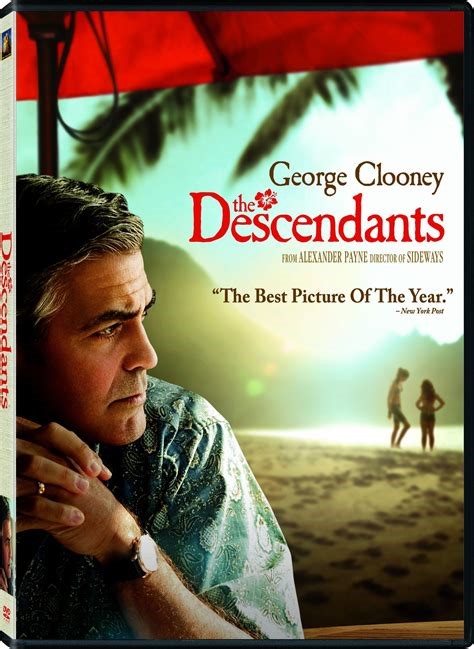 A few years ago I saw the movie The Descendants with my family. A tragic story told with a light touch, it features George Clooney, beautiful Hawaiian scenery, and estate planning. (Seriously—a major plot conceit depends on the rule against perpetuities.) It’s very well done, and while it’d be more fun to discuss the first or second of those two features, my colleagues kindly request that I limit my remarks to the third subject when writing for the firm’s website.

The movie begins by depicting a tranquil yet discomforting scene. A woman is lying in a hospital bed surrounded by medical equipment, machines, and monitors. She is unconscious—the victim of a major traumatic injury—and her life is being sustained through the use of those machines and monitors. Fast forward about ten more minutes into the film and her husband is having a heart-breaking conversation with his wife’s doctor about her condition:

“There is just nothing more that we can do,” he says. The husband responds,
“So if we do go ahead and take her off the machines…” But he is abruptly cut off by the doctor saying something really striking:
“There is no if—it’s when. I have a legal obligation. You know that.”

Prior to 1967, this story, this scene, and particularly this conversation with a family member’s doctor would have been mostly unimaginable. But then a lawyer named Luis Kutner proposed legal recognition for what he termed a “living will”—just as a last will and testament allows someone to direct actions regarding her property after death, so a living will would allow someone to direct actions regarding her body while incapacitated, including actions regarding the use of life sustaining machines. Following a decade of discussion and debate on the ethics of these actions (most notably publicized in the case of Karen Ann Quinlan), all fifty states eventually recognized some form of a living will, including Virginia.

Today a living will is most commonly used to provide direction on whether to turn off life-supporting machines when someone is in a terminal condition, like the scene in the movie demonstrates. But it can be used to provide directions regarding other medical decisions during incapacity too, and all of those directions will matter. If validly executed, the living will has the force of law if you become incapacitated. (Hence the doctor’s rigid conclusion in the dialogue above.) So even though it’s easy to sign one when sitting in your doctor’s office waiting for your appointment, you may want to wait and review the options and consequences with an experienced estate planning attorney. We’ve helped clients ensure that they don’t receive blood transfusions, are able to reside in medical environments consistent with their values and preferences, and even to avoid pet therapy. But drafting these directions in a legal document requires careful thought and execution—too much precision and you may end up not getting treatment you would really want, too little and your instructions may be rendered meaningless.

While a living will is an essential part of an estate plan, a living will by itself is not enough to plan for incapacity and medical decision-making. Next week we’ll look at health care powers of attorney, and then we’ll conclude this series on estate planning for health care during incapacity by reviewing organ donation elections, and a discussion of how Virginia allows all three of these issues to be addressed in one legal document called an advance medical directive. In the meantime, you could watch the movie, or you could attend one of our seminars where we discuss these concerns in greater depth and can answer your questions about them. We don’t have George or beautiful Hawaiian scenery, but we do our best to entertain.