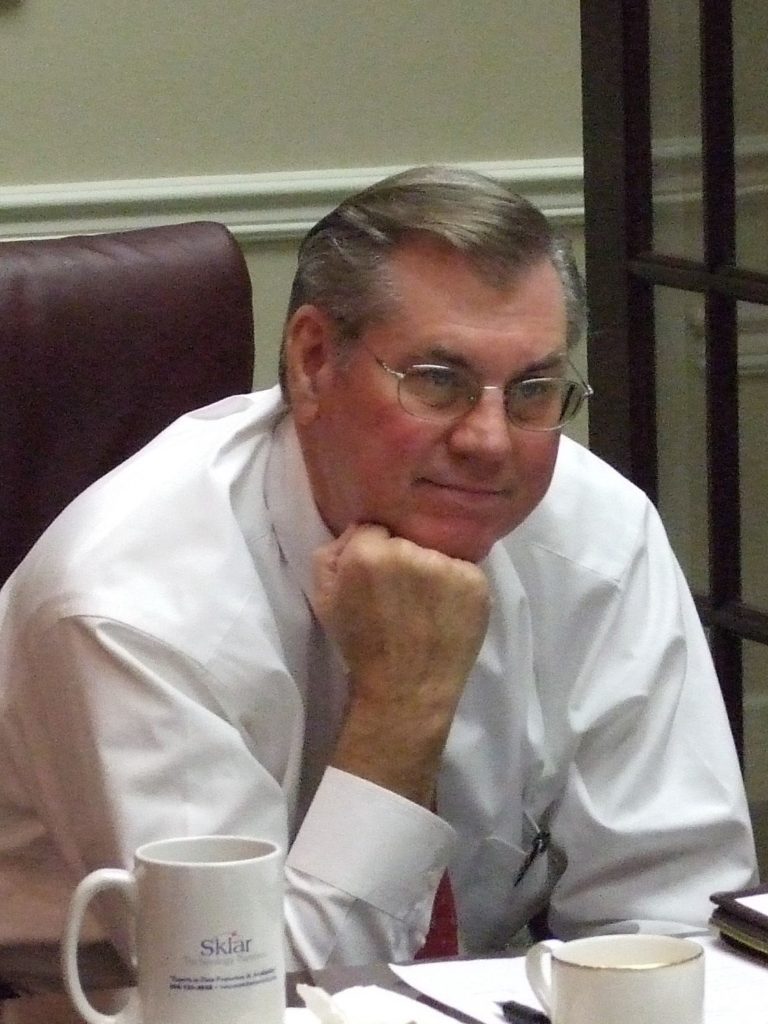 The attorneys and staff  of Carrell Blanton Ferris & Associates, PLC are saddened and mourn the death of Dick Ferris, our friend and former colleague.  We will miss Dick and his larger than life personality, as well as his passion for estate planning and his clients.

Wills and Trusts…It’s not about the Documents, it’s about the Results! Those were the words Richard L. Ferris used in his estate planning law practice at Ferris & Associates, P.C. in November 1993.  He committed himself to providing outstanding, client-centered estate planning & estate administration legal services. Through the years, he assisted thousands of individuals in achieving peace of mind for themselves and their families.   In 2011, Dick merged his practice with the Richmond Law Firm of Carrell Blanton Garrett & Van Horn, forming the new firm of Carrell Blanton Ferris & Associates, PLC.  He worked until  his retirement giving counsel to clients, mentoring new attorneys, and entertaining us with his stories and humor.

Dick was married to the late L. Joyce Booth Ferris on June 15, 1974 and they were actively involved with St. Bede Catholic Church and Two Rivers Country Club of Governor’s Land in Williamsburg, VA until her passing June 2, 2014. As part of the American Singles Golf Association Dick met Maureen Stiling in 2015. Dick and Maureen were married on January 14, 2017 at St. Brigid of Kildare in Dublin, Ohio, but became residents of  Reynolds Lake Oconee in Georgia, where he played golf almost daily with family and friends.

For more information or to sign the online guest book, please visit https://www.mccommonsfuneralhome.com/obituary/Richard-Ferris.