The Pros and Cons of Powers of Appointments

The Pros and Cons of Powers of Appointments 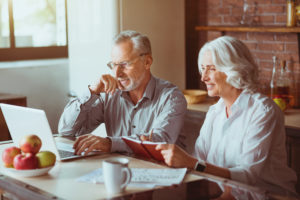 An often misunderstood but common estate planning tool is the power of appointment. Not to be confused with a power of attorney (the document that allows you to delegate certain powers to an agent to act on your behalf while you are still living), a power of appointment can be an incredibly useful tool if used properly and knowledgeably.

A well-considered power of appointment allows you to maintain significant flexibility in your estate plan now and in the future, even when that estate plan is otherwise considered irrevocable under the law. Though hundreds of pages of books, scholarly articles, court decisions, and tax regulations have been written on the topic of powers of appointment, this article can help you identify opportunities in which powers of appointment may be useful and recognize cases in which they can create negative consequences.

What Is a Power of Appointment?

Broadly speaking, a power of appointment is a right granted in a legal document, including in a will or a trust, by an individual (the donor) to another person (the donee or the power holder). This granted power allows the donee to name someone else as a recipient (the appointee) of all or a portion of the donor’s money and property in the future. The power holder is not required to exercise the power. Rather, the power holder simply has the option to exercise it. If the power is left unexercised, then the money and property will pass to those individuals or entities who were originally named in the will or trust as the beneficiaries and in the amounts originally specified. This tool essentially allows for the person making a will or trust to postpone the decision of who should receive the donor’s money and property, and grants such decision-making power to someone else who may be in a better position in the future to determine who will receive it.

General Versus Limited Powers of Appointment