How to Responsibly Leave an Inheritance to Your Grandchildren 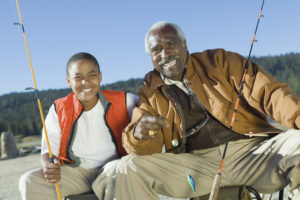 How to Responsibly Leave an Inheritance to Your Grandchildren

As an estate planning attorney, I am frequently asked, “I’d like to leave something to my grandchildren. What’s the best way to do that?”

Naturally, grandparents love their grandchildren and want them to succeed in life. And when grandparents are in the twilight of their lives, their hearts often turn to the younger generation with a desire to give them whatever advantages they can, especially if they were unable to give their own children those same advantages when their children were younger.

In some cases, however, it makes better sense for grandparents to leave property to their grandchildren—for example, if the grandparents have reason to believe that their own children would not responsibly use the money intended for the benefit of the grandchildren, or if the grandchildren’s parents are independently wealthy and distributing the property to them would unnecessarily expose the property to estate tax in their own children’s estates. In some cases, although the intent of grandparents may have been to leave everything to their adult children, an inheritance may flow to grandchildren unintentionally because of an accident or illness that prematurely takes the life of an adult child. In any of these situations, it is important to consider the possibilities and the options for leaving an inheritance to grandchildren. Failing to do so can have long-lasting consequences and, in many cases, do more harm than good.

Perhaps the simplest way to leave an inheritance to your grandchildren is to name them as beneficiaries in your will or trust to receive a specific amount of money or a percentage of your total accounts and property. If all of the grandchildren who will receive such gifts are physically and emotionally stable, financially prudent, and have reached adulthood, this strategy may work just fine and reduce the administrative burden of managing and distributing your accounts and property to the beneficiaries or heirs.

However, depending on when you pass away, if any of the named grandchildren are minors, you could create additional hassles by leaving a gift directly to them. The executor of your estate or the trustee of your trust may have to establish certain types of custodial accounts to hold that gift for the minor child until they have reached the age of majority. In some states, and depending upon how much money is involved, establishing a court-controlled conservatorship over the property may be required. In other cases, setting up an account using the Uniform Transfers to Minors Act laws of the state may be all that is necessary. In either of these cases, however, once the child reaches the age of majority, you may not be able to control how that money is used by the grandchild. It could be spent on fast cars and fancy clothes rather than on an education, starting a business, or a down payment on a home as you might have imagined. In a worst-case scenario, a grandchild might even unwisely invest it with a spouse who later divorces them, or with an unscrupulous business partner who preys upon inexperienced individuals who have come into a sum of money.

By being aware of these risks, you can take steps today to make sure that any of your property that ends up in the hands of your grandchildren is protected from not only your grandchildren’s own poor spending choices but also the claims of a divorcing spouse, an unethical business partner, or an opportunistic lawsuit filed by a stranger against your grandchild.